About / Contact
Celeste Davidson
Transform your writing, one email at a time
Enter
What's Your Persona 4: Sending a Message
What's Your Persona 3: Pat or Pretender?
What's Your Persona 2: Motivation to the Max
What's Your Persona 1: Do you want to write better?
Small Steps to Big Success with Bardsy Anthologies
You’ll Love Writing with Will.Power
Submit Early for Success
Metaphorically Speaking, with Gideon Garcia
Max your chances with our Publishability Index
Determine the Next Step in Your Writing
Break Through Your Blocks with Will.Power
Idea Today, Novel Tomorrow
Avoid Instant Disqualification
The Fight of a Lifetime
The Power of Naming
Turn Your Contest Entry Into a Winner
Love, Sex and Happy Endings
Out-Of-This-World Storyworlds
Creating Characters You’d Like to Be
Plot Your Way to Romance
Three Writing Tools to Get You Going This Year
Give and Ye Shall Receive
From Aspiring Writer to Contest Winner!
Story Development: Take This Next Critical Step
Three Minutes to Start Your Holiday
Announcing Our Holiday Anthology Contest
Turn Your Short Story Into a Novel
Revise Your Story Into a Masterpiece
End Your Story with a Bang
How to Turn Your Idea Into a Story
A Winning Plan For NaNoWriMo!
Chasing Inspiration with a Club
Three Ways to Stop Sabotaging Your Writing
Are You Ready For Success?
What Did You Say?
A Little Subversion Will Do Your Trope Good
Why You Should Add Romance to Your Story
Grading Loki and Sylvie’s Relationship
Cupcake Antics
You Should Take Advantage of Romance's Popularity
How Bardsy's Writing Contests Are Unique
How to Get Your Book Published
A Serpentine Midsummer Night Dream
Take This Tip Alliteratively
Paradise Found
Show and Tell for Adults
Defying Gravity
A Stitch in Time - Literally!
What the greatest openings say to you
A Hitchhiking Cow's Guide to the Universe
Risky Business
A Story of Chance and Romance
Try This - Oct 13, 2021 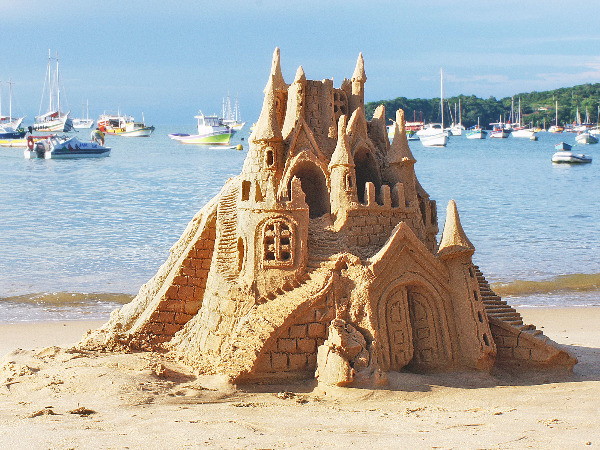 I’m writing a first draft and reminding myself that I’m simply shoveling sand into a box, so that later, I can build castles.
— Shannon Hale

Despite its name, the process of writing a rough draft doesn’t have to be rough.
For many of us, the most difficult part of the story writing process is actually, well, writing. Let’s be honest: first drafts are scary. Expectations run high. Excitement easily morphs into frustration. And many of us freeze before our first words are even written.
But, if you’ve been following along so far, you’ve already brainstormed a great story idea and planned out your writing, which means you’re ahead of the game. You’re not starting with a blank page. I think you'll find that your work up to this point will help you immensely as you tackle the next stage.
Now that you’ve completed the development phase of the Bardsy Method, you’re ready to assemble, so I thought I’d give you another taste of our Better Storytelling course.
I strongly recommend you take advantage of Prospero, our writing wizard, to help you build your story from this point forward. With oodles of built-in writing templates, it makes narrative construction a breeze: guiding you as you go. If you haven't been paying attention lately, please go to your desk page and click on WRITE, then Prospero in the far left column. (If you’re not a member, try it today for $1.)
Just like prepping your story beforehand, beginning your first draft with the right attitude is crucial. In fact, it can make or break your process, the difference here being a complete or incomplete draft. Here are my top five pieces of advice for starting—and actually finishing—a first draft. All of these apply to both the short story and novel writing process, so you’ll have a leg up on NaNoWriMo too.


Five tips to overcome first draft fear
1. Resist the urge to revise.
As a writer with over thirty years of professional experience, I know how hard this can be. Intellectually, going into a first draft, I know it’s time to write - not revise! Somehow, though, that darned backspace has a way of calling my name. If you're like me, don’t give in to temptation! Of course, rewriting a line or two as you go along is unavoidable, but try not to reread your work too much at this point. If you do, you’ll inevitably find something to change, and at that point it’s a slippery slope.
2. Take perfectionism off the table.
​
​

The best is the enemy of the good.
― Voltaire ​ 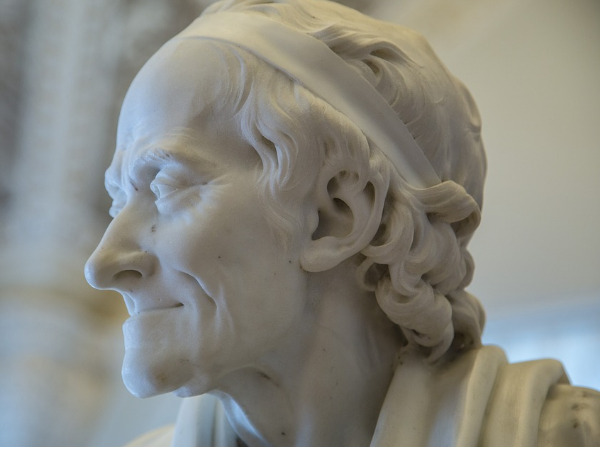 ​
One respondent to our recent poll commented, “I find the drafting process exhausting because, although this isn't necessarily the case in other aspects of my life, I'm a stubborn perfectionist when it comes to writing.”
Forget “perfect,” “great” and even “good,” for that matter. Jane Smiley, who won the 1992 Pulitzer Prize for Fiction with her novel A Thousand Acres, said, “Every first draft is perfect because all the first draft has to do is exist. It’s perfect in its existence. The only way it could be imperfect would be to NOT exist.”
In this case, a need for writing perfection can quash any chance of existence. Almost no one gets it right (or even close) the first time around. Anticipate and accept that your quality of work probably won't be amazing. That’s what second, third and even fourteenth drafts are for. As Billy Preston so lyrically put it, "Nothin' from nothin' leaves nothin'". A sloppy first draft is far better than nothin' at all. You've gotta have somethin' so you can write it better later.
3. Don’t limit yourself.
You might recognize this tip from my post on brainstorming, but it still rings true here. Our writing doesn’t always go according to plan—and it shouldn’t! Some of our best ideas come along and surprise us as we’re working. Your story outline or synopsis is not set in stone, and you shouldn’t force yourself to follow it to a tee.
So, be careful about approaching writing a rough draft too methodically. Keep the imaginative side of your brain activated, because new ideas don’t only pop up during the brainstorming stage. Embrace them.
4. Work in whatever order comes naturally to you.
To begin with, you don’t always have to start at the beginning. You could start in the middle, with a moment of action you can’t wait to get into. Or maybe you’re so fired up about the resolution that you want to write that first. Start at whatever point of the story excites you the most. Requiring yourself to work chronologically when you don’t want to is a surefire way to make your process feel like a chore.
While I recommend you have a general sense of your plot, many writers aren’t quite sure what shape the ending of their narrative is going to take when they set out, or where exactly to begin. Rest assured you will figure this out as you move forward. Occasionally a line you originally wrote as part of the middle can make for an excellent opener.
5. Don’t worry about what others will think. 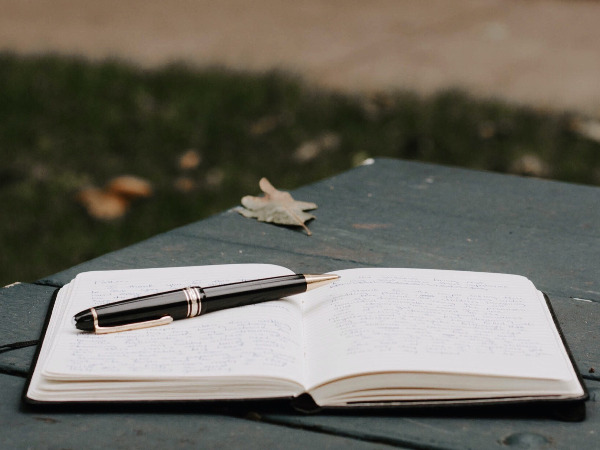 The first draft is just you telling yourself the story.
― Terry Pratchett

You know how they say “dance like nobody's watching”? Well, write like nobody’s going to read it! (Because, most likely, no one will read your first draft as is.) Don’t concern yourself too much with what others will think of your work. This can hinder your creativity. When you first sit down to write, it’s simply you and the page. No readers. No editors. No agents. In the words of Terry Pratchett, just tell yourself the story.


There. First drafts aren’t so scary after all, are they? Keep these tips in mind, and you’ll get your draft completed in no time, with plenty of sand to transform into towering castles later. Be sure to check back next week, when I’ll show you how to polish your rough draft into a diamond of a story.


Try this: Write a few lines set on a beach, where a character’s metal detector turns up a valuable but disturbing item. 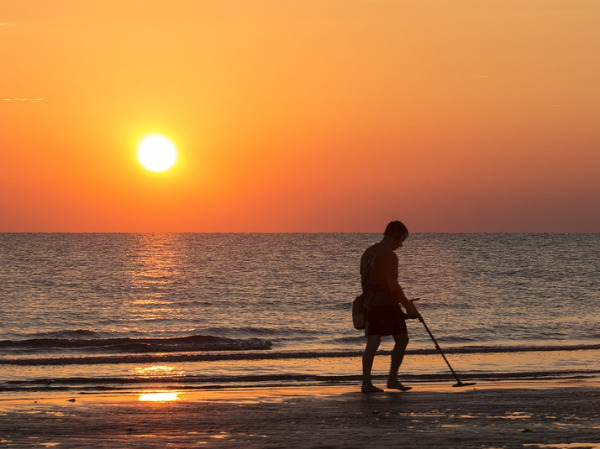 Update, some of the best responses to the prompt:
Tony slammed shut the trunk of his Toyota Tundra. Metal detector in one hand, he trudged towards the beach. He muttered, head down, indignation rising. "Maryanne says I got no life. Harumph. I got a life! Maybe today I'll find some jewelry or money or hell, maybe someone's class ring. Waste of time, she says..." Tony planted his feet on the sand and headed close to the surf. The breeze was slight, the water lapping at low tide. He could see crabs burrowing under the sand and tiny schools of fish darting away from the chasers. How can Maryanne think this is useless?

Turning his machine on he waved the metal detector in front of him, low to the ground. The early morning light was dim but it was his favorite time of day for finding treasures. Only the early morning walkers and dolphins searching for breakfast to accompany him. The beep that he heard didn't startle him. Tony expected it to go off frequently. Bottle tops, chump change...he'd found it all. He reached down to dig slightly in the damp sand for whatever alerted his detector.

He was surprised when his hand hit metal and more metal. Something round and linked, like a circle and chain, the metal circle the diameter of a large golf ball. A chain belt? He kneeled to get more traction and pulled. A rusted chain with two small circles on each end came out from the sand. Handcuffs? But so small. And rusted, so not new. Shackles? From transporting animals? He was so stumped by his discovery that he snapped a quick picture with his phone and quickly Googled the image.

What he found disturbed him. Valuable? Yes. Museum worthy. One part of his brain wanted to throw his findings in Maryanne's face. The other part wanted to shrink from it.

It appeared that he'd found old shackles, likely from the slave era, small enough in diameter to enclose a child's wrists.

— Pam
Deep… deep… dee, dee, dee. I felt the usual excitement as the metal detector’s tone quickened. At the same time, I tried to temper it and lessen the impending disappointment when it turned out to be another soda can or fishing hook. Bending down, I started digging through the shell-speckled sand with my shovel. A couple waves of the metal detector confirmed the object was still underneath me as I kept digging, until the next wave returned no sound. It must be small.

I switched to sifting through the pile I had made next to my hole. My fingers felt something solid and round. I pulled it out, shaking away the lingering sand. A ring with diamond still in its setting. A big diamond. My widening smile paused as I realized it looked familiar. It was my mother’s wedding ring. Father had said she took it and the rest of the jewelry when she ran away. So if it’s here…

I looked back at the hole.

— Stephen
TO DO SCRATCHPAD PRIVATE JOURNAL TRACKING Update Assessment
CLICK A TAB TO USE WILL.POWER