How to Turn Your Idea Into a Story

About / Contact
Celeste Davidson
Transform your writing, one email at a time
Enter
End Your Story with a Bang
Five Tips for Actually Finishing a First Draft
Idea Today, Novel This November
A Winning Plan For NaNoWriMo!
Chasing Inspiration with a Club
Three Ways to Stop Sabotaging Your Writing
Are You Ready For Success?
What Did You Say?
A Little Subversion Will Do Your Trope Good
Why You Should Add Romance to Your Story
Grading Loki and Sylvie’s Relationship
Cupcake Antics
You Should Take Advantage of Romance's Popularity
What's the Best Romance Genre Mixer?
Lovebirds
How Bardsy's Writing Contests Are Unique
How to Get Your Book Published
A Serpentine Midsummer Night Dream
Take This Tip Alliteratively
Paradise Found
Show and Tell for Adults
Defying Gravity
5 Types of Writer’s Block and How to Overcome Them
A Stitch in Time - Literally!
What the greatest openings say to you
A Hitchhiking Cow's Guide to the Universe
Risky Business
A Story of Chance and Romance
Try This - Oct 04, 2021 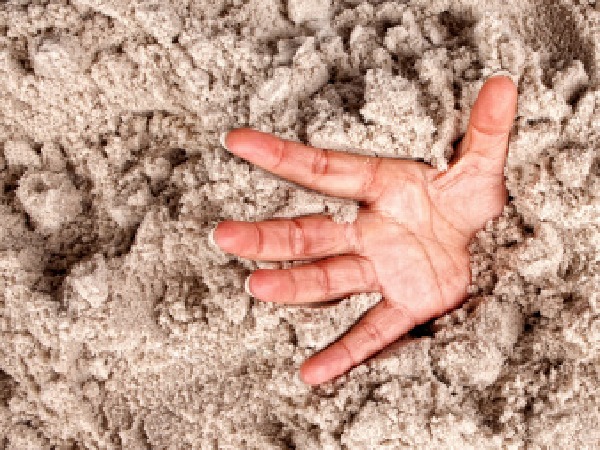 Each morning my characters greet me with misty faces willing, though chilled, to muster for another day's progress through the dazzling quicksand the marsh of blank paper.
- John Updike

If you followed along last week, you probably have a great idea developing for your story. Time to get writing, right? To be perfectly frank, while some can go straight from idea to first draft, I certainly can't and neither can most writers. Instead, it's well worth the time to poke at the the idea a bit further, first, in a thoughtful way. The more prepared you are before you begin, the less likely you are to get stuck along the way.
Speaking of getting stuck, a third of respondents to our latest poll said they have only made it a quarter of the way, or less, to their goal when attempting National Novel Writing Month in previous years.

For those who have attempted NaNoWriMo previously, how far did you get?

I reached my goal: 50%
I made it a quarter of the way to my goal or less: 33%
I made it about halfway to my goal: 12%
I almost reached my goal: 5%
Why the quicksand? The problem often lies not with the initial grain of an idea - but with turning it into something solid. Sure, that aha moment is a heady one: no doubt about it. But then reality sinks in, and the struggle begins. And if you've ever watched Lawrence of Arabia or Swiss Family Robinson, you know where that leads - it's not pretty.
So, how do you move forward with your idea without getting stuck in the muck? Bear with my penchant for tortured metaphors, and I’ll show you how in two straightforward steps!
Note: This is only a glimpse into our Better Storytelling course, where I walk you through the entire writing process, step by step, via interactive videos. Be sure to check it out to master this and every stage of storytelling!


Step one: develop your story elements
Every great narrative shares five distinct elements: character, world, theme, conflict and plot (as colorfully depicted by our Story Wheel). Depending on the nature of your idea, you can probably visualize at least one element in your mind's eye, such as a particular character or world.
Take this opportunity to push that element further, then move on to the others. Don’t worry about nailing down every detail at this point; just come up with a few for each. You'll find it happens pretty organically, once you get going.
1. Character
Your reader sees your story through your characters’ eyes. Start with your protagonist. What is their personality like? How about their backstory? Their likes, dislikes, hopes, fears? Then move on to the supporting cast of characters, from their arch enemy to their best friend.
2. World
Your world is more than a backdrop for your characters to duke it out or fall in love (or both, in the case of enemies to lovers). Almost like a character itself, a story setting influences your characters’ beliefs and actions. Contemplate what roles time, place, society, culture and internal logic might play in the story.
3. Theme

To produce a mighty book, you must choose a mighty theme.
— Herman Melville 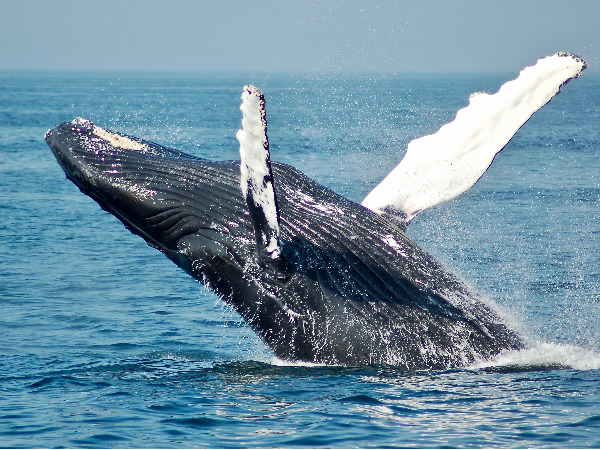 What do you want your reader to take away from your writing? A reflection of your personal beliefs and experiences, your theme should lead your reader to a specific conclusion. Many writers only uncover the exact message they’re trying to convey as they write, and that’s okay. For now, think about what broad themes your story might draw to the surface.
4. Conflict
At the heart of every story is conflict. It drives action and character growth, pushing the narrative forward. It doesn’t always have to be an open confrontation between characters, though. Sometimes it’s a subtle, internal struggle. Or a struggle between a character and a force outside their control, like nature, the supernatural or technology.
5. Plot
Plot is the backbone of your narrative. I highly recommend using our Plot Hill template to sketch out your inciting incident, rising action, climax, falling action and resolution. This will help you visualize how the events of your story build momentum as they unfold. Otherwise, you might lose sight of what you’re building towards.


Step two: weave the elements together
Once you've fleshed out your elements, it’s time to fit them together. I realize there are as many paths to pulling your story together as there are writers, but I’ll show you two different approaches that have worked well for me and other writers I know: outlining and synopsis. Choose the one you think would work best for you (or try both and then decide!).
Approach #1: Outlining 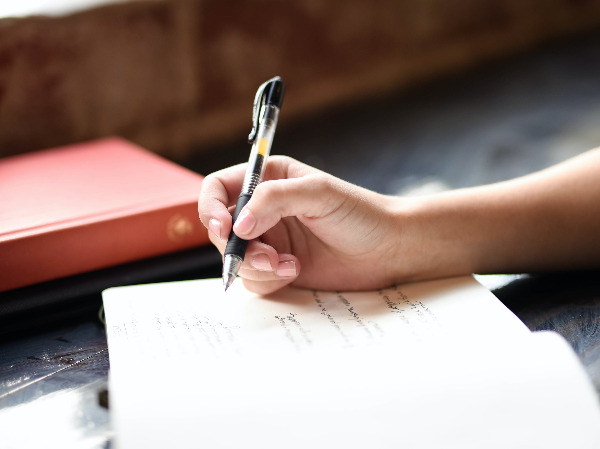 Outlining is like putting on training wheels. It gives me the courage to write, but we always go off the outline.
— Hallie Ephron

You don’t have to break out the Roman numerals (although I am rather fond of them!) or adhere to any preexisting model. The structure of your story outline is entirely up to you. It can be as comprehensive or as simple as you like. For example, if you completed our Plot Hill template, you've already created a very rough outline, if not a traditional one.
Start by roughly sketching out some scenes that could accompany each major plot point. In what circumstances do you want your reader to meet your characters? What might it look like when your conflict comes to a head? Then, fill in the blanks by exploring how these scenes lead from one to another.
Approach #2: Creating a synopsis
Although not as frequently used, a story synopsis is another method of planning out your idea (and I prefer it, in fact!). Looser than a structured outline, it's something I often recommend to writers who may feel overwhelmed by the prospect of planning out an entire narrative.
Begin with a "jacket flap" summary of your story that captures its unique essence, then continue to expand on it. A romantic scene here, a childhood memory there. This process is similar to painting with broad brushstrokes first and then adding layer upon layer of detail. Your final product could be two paragraphs or two pages: however much you feel you need to move forward successfully.


Whichever approach you choose, you'll find a systematic process doesn't inhibit your creativity, but fosters it. In no time your first idea will metamorphize into a beautiful story ready to take flight. Next week, I’ll share my best tips for writing a first draft without the headache.


Try this: Every year during early fall, half a million monarch butterflies migrate south. Write a few lines about a character who elects to embark on a long journey of their own. 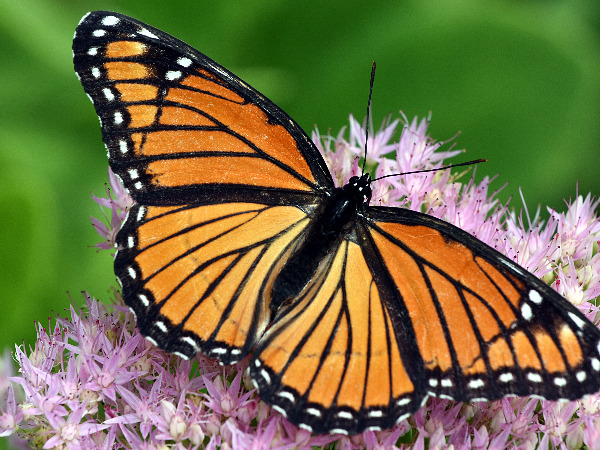 Update, some of the best responses to the prompt:
Screams echoing from the distance were both terrifying and intriguing. Without hesitation, Dani headed towards the screams. It was as if she was being summoned to join them. She glanced down at the map in her hand, but she didn't need it. This was primal. She had to reach what was calling out to her.
"Dani! Wait up! Where are you going?" her friend yelled after her.
"You know there is only one reason I would be here. Either keep up, or I'll find you later."
Her friend's eyes rolled and she shook her head in disapproval.
"You're own your own, D. I'll see you if you survive."
Dani laughed and continued on, knowing she was fulfilling her destiny. If she had to do it alone, so be it.
With each step the screams got louder, and her heart beat a little faster. Her legs were getting weak, but she knew she had to make it; it couldn't be much further.
She started to see crowds of people encouraging each other.
"You can do it!"
"It's not that bad!"
"You'll really regret it if you don't."
"You've come this far."
Although no one was talking to her, she felt like they were.
"Hi! Single rider?"
"Oh, yeah. It's just me." Dani said to the teenage boy loading people into their seats.
"Great. First time?"
"Yup. Hoping I survive!"
— Courtney
to do notes journal Tracking
CLICK A TAB TO USE WILL.POWER