About / Contact
Celeste Davidson
Transform your writing, one email at a time
Enter
End Your Story with a Bang
Five Tips for Actually Finishing a First Draft
How to Turn Your Idea Into a Story
A Winning Plan For NaNoWriMo!
Chasing Inspiration with a Club
Three Ways to Stop Sabotaging Your Writing
Are You Ready For Success?
What Did You Say?
A Little Subversion Will Do Your Trope Good
Why You Should Add Romance to Your Story
Grading Loki and Sylvie’s Relationship
Cupcake Antics
You Should Take Advantage of Romance's Popularity
What's the Best Romance Genre Mixer?
Lovebirds
How Bardsy's Writing Contests Are Unique
How to Get Your Book Published
A Serpentine Midsummer Night Dream
Take This Tip Alliteratively
Paradise Found
Show and Tell for Adults
Defying Gravity
5 Types of Writer’s Block and How to Overcome Them
A Stitch in Time - Literally!
What the greatest openings say to you
A Hitchhiking Cow's Guide to the Universe
Risky Business
A Story of Chance and Romance
Try This - Sep 24, 2021 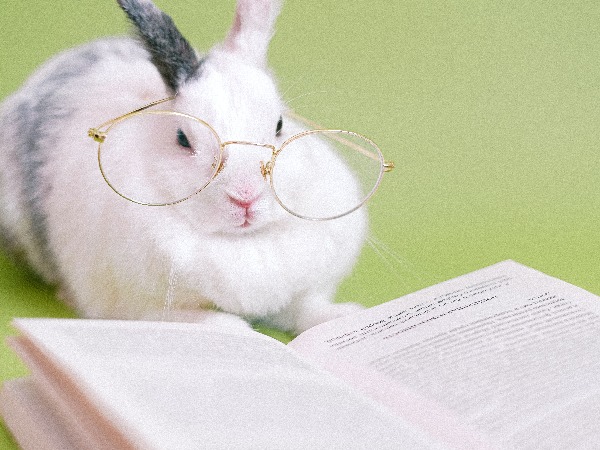 Ideas are like rabbits. You get a couple and learn how to handle them, and pretty soon you have a dozen.
― John Steinbeck

A story of a few thousand words—or fifty thousand—begins with a single idea. But, sometimes, that idea can be elusive.
Last week, I discussed the value of completing a short story before attempting a novel. Today, I’ll show you how to develop a concept worthy of both.
For many writers, starting is the toughest part. Luckily, the brain is not a vacuum: if you’re a living, breathing person in this world, you have some nebulous - and novel -notions floating around in your head. Even better, if you took my #1 writing advice to “chase inspiration with a club” (in the words of Jack London), you’ve been on the lookout for ideas already. You just might not be aware of their worth, and potential, quite yet.
Now’s the time to break out that idea notebook, or start one. (Will.Power is the perfect place to cache your casual observations and occasional epiphanies, by the way.) Not convinced? Roald Dahl was an avid keeper of thought books. He once scribbled a sentence about a giant who captured dreams in bottles and it wasn’t until several years later that he returned to the idea. That story would become The BFG.
Now, notebook in hand, let’s dive into ways to generate story ideas, covering a general rule of thumb first and then moving on to specific techniques. They don’t call it a brainstorm for nothing! 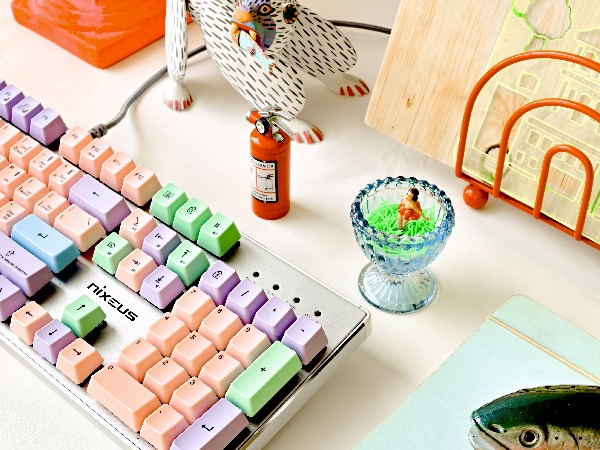 During a brainstorm, the sky isn’t the limit. Neither is the edge of the universe. Nothing is! There truly are no limits to your creativity, so don’t sabotage yourself with self-doubt or internal judgements. As Shakespeare's Hamlet says, "There is nothing either good or bad, but thinking makes it so." Instead, give your inchoate ideas a chance to emerge.
In its earliest form, an idea isn’t a full understanding of a beginning, middle and end, or a cast of characters. Oftentimes, it’s only one element of your story, maybe two. That's why the Bardsy Method breaks storytelling down into two steps: develop and assemble. First develop that wisp of an idea. Don't get bogged down in the whole narrative process. Your thought could be as basic as an image or a scent. Then, if an ideational seed sparks even a sliver of excitement within you, water it and see what grows.
When it comes to brainstorming, I argue better too much than too little. Albert Einstein even went so far as to declare, “If at first the idea is not absurd, then there is no hope for it.” Embrace absurdity! It’s easier, and more fun, to rein in an outlandish concept than to add some interest to an utterly pedestrian one.
Four brainstorming techniques to get those creative juices flowing
1. Play a game of word association.
This is a surefire way to loosen up, stop overthinking and let your creativity fly. The first step is to pick a word or short phrase. It could be as simple as an object, like an umbrella, or as broad as a theme, such as war or peace.
Once you’ve picked your word or phrase, write everything that crosses your mind. Don’t filter yourself or question how one thought relates to another; just aim to record as many associations as possible. After a few minutes, or when you feel tapped out, review your list. Did you end up somewhere unexpected, like a game of telephone? Did your brain make interesting connections you can further explore?
If nothing is jumping out at you, try another round of word association with a totally different word. Then, pair words from the separate exercises, drawing connections that you might not have considered otherwise.
2. Ask yourself, “What if?”
If you’ve ever spent a day with a toddler, you know their favorite question is “Why?” Why is the sky blue? Why can’t I have ice cream for breakfast? (Why can't I?) We, as writers, could learn a thing or two from their incessant - I mean, incandescent - curiosity.
What if the sky wasn’t blue? What if, one day, it turned lavender, or neon green? What if we did eat ice cream for breakfast, and lunch, and dinner? A lot of great stories start with a question rooted in basic observation. Answer it in the weirdest, wildest way you can think of. Then answer it again, in a different way. As I said in an earlier blog, "Risky Business,” question everything! 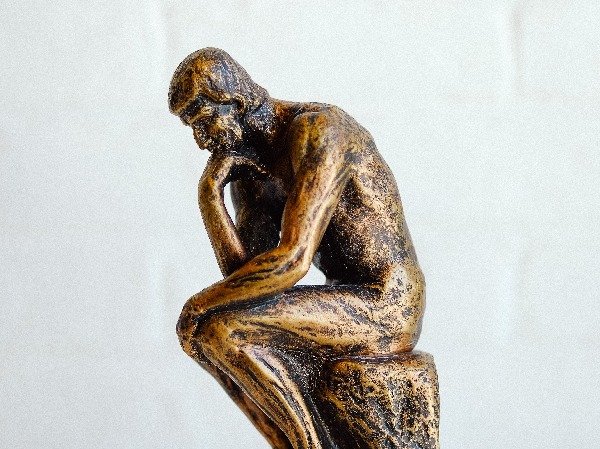 My ideas often come from strong mental images. When I'm observing some relatively ordinary thing, I'll think, "What if..." and out of that brainstorming a story emerges.
― Cassandra Clare

3. Get custom story ideas on demand.
Wish you could just push a button for an intriguing idea? You can! Our Story Spinner is here to save you from blank stares into the void and equally blank pages. Spin for quirky combinations of characters, worlds and themes. What do a cat, a cluttered den and delusion have in common? They could be the subjects of your next story!
With over nine thousand different story prompts, the possibilities are endless. Keep spinning until you find one that fuels your imagination, then let it rip.
4. Combine two or more ideas.
Sometimes two, or more, ideas are better than one, merging into an exceptional one. Take, for example, the concept of a young detective investigating a questionable death despite intense pushback from those around him. Now add a world where an asteroid is set to hit in six months. (The result? The Last Policeman by Ben H. Winters.)
Taken individually, we have a highly motivated character and a pre-apocalyptic world, two solid story elements. Together, we have the makings of an awesome story (so awesome, in fact, it won the 2013 Edgar Award). Try mixing and matching the characters, worlds, conflicts and themes you come up with.


Now that you have some burgeoning ideas percolating, it’s only a matter of figuring out what to do with them. On that note, I’ll show you how to further develop your idea into an incredibly useful outline, or synopsis, next week.


Try this: The forecast says there’s a 100 percent chance of a brainstorm in your future, but what about the weather in your stories? Write a few lines about a character caught in a torrential downpour on their way to an important event. Email your best response to adam@bardsy.com for a chance to be featured! 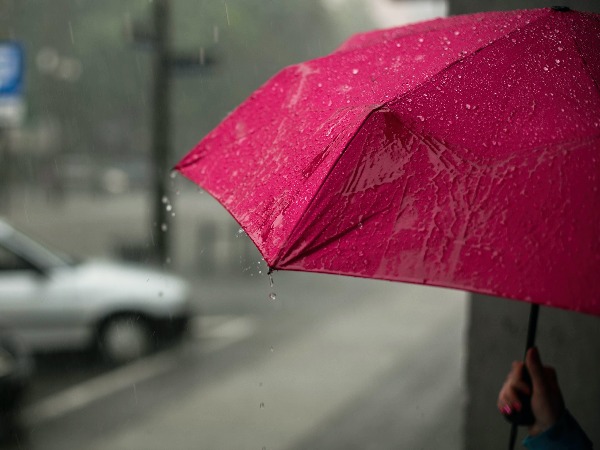 Update, some of the best responses to the prompt:
I was ready for my job interview. I packed up some papers and got my carrying folder together. I told my boss I would be gone about two hours. He knew I was interviewing for the research position that opened up after John left. I had two flights of wide open steps to walk down, then out the door, down the block and left on Broadway one more block, and back into the side door of my large insurance company spread throughout the city. I grabbed the railing and walked two steps when out from nowhere came this deluge of water. I ran down the stairs and out the front doors onto Capitol Avenue. I was soaked. My blouse was sticking to my chest. Water was oozing out of my shoes. My hair was dripping. I could not see myself missing out on this interview, and I could not see myself walking around the city dripping wet and telling the secretary I had a 2 pm interview with the vice president of corporate resources, department of research.
— Gloria, an Elite member
Pitter, patter went my heart, flutter, flutter went my eyes, pant, pant went the adrenaline in my chest as I raced in the rain to meet the man who I had not yet met but who, I was almost certain, would be my next love when all others had failed. But the rain was ruining everything; my expensive open-backed three-inch black shoes were sopped, my underclothes clung, my hair hung like wet worms in a bucket, silver sludge streamed from my nose down my carefully powdered cheeks. No, I thought, wrong again.
— Barbara
to do notes journal Tracking
CLICK A TAB TO USE WILL.POWER