About / Contact
Celeste Davidson
Grading Loki and Sylvie’s Relationship
Cupcake Antics
You Should Take Advantage of Romance's Popularity
Lovebirds
How Bardsy's Writing Contests Are Unique
How to Get Your Book Published
A Serpentine Midsummer Night Dream
Take This Tip Alliteratively
Paradise Found
Show and Tell for Adults
Defying Gravity
5 Types of Writer’s Block and How to Overcome Them
A Stitch in Time - Literally!
What the greatest openings say to you
A Hitchhiking Cow's Guide to the Universe
Risky Business
A Story of Chance and Romance
Try This - Jul 13, 2021 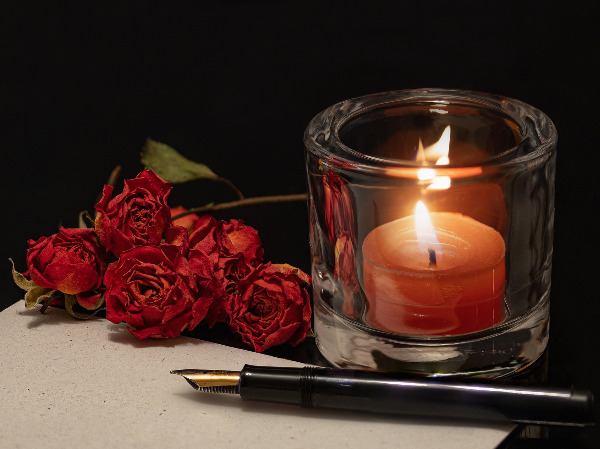 Reading a really good romance is like taking a dose of dopamine. Bliss. Bliss for the writer and bliss for the reader.
— Elizabeth Jennings

When you think of romance fiction, you might picture a couple meeting at the grocery store, as both reach for the same glossy apple, or perhaps colliding on the bustling sidewalks of New York, one late for an important meeting and the other late for a yoga class.
More rarely do you picture someone hijacking the Pony Express, driven by their love-to-be. Or a three-eyed, antenna-bearing extraterrestrial who lands on Earth the exact same moment an android escapes from the high-tech lab it was created in.
But why not?
Romance books are a colossal genre—in the sense that so many are written and sold each year, yes. But also in the sense that they encompass dozens of sub genres, from historical to sci-fi, and much, much more.
In our latest poll, we asked: Which romance subgenre is the most interesting? Turns out there are three top contenders:

So, when you’re thinking of writing a story centered around love, don’t feel obliged to default to a generic contemporary tale. There are endless possibilities to create a story that speaks to your heart...whether the lovers are human or not! Tour the four most common subgenres, below, and find one (or more!) that makes you want to dive heart-first into romance writing.
Four romance genre mixes that will light a fire under you and your story
1. Historical
Feel like love just ain't what it used to be? Give us a blast from the past! Anything from the 1900s to the eighteenth century (when even the accidental display of a woman's ankle was scandalous) to the Stone Age is fair game. One popular subset (a sub-sub genre, if you will) is Regency Romance, which takes place in the high society of early nineteenth century England; think Bridgerton. New York Times bestselling historical romance author Mary Balogh says:
Past eras often seem more romantic than our own. Regency England, for example, can [conjure] marvelous visual images...of couples waltzing at grand balls in the light of dozens of candles in the crystal chandeliers overhead; of enchanted evenings strolling the lantern-lit walks of Vauxhall Gardens in London... The possibilities are endless, all coming with an aura of the romance of a bygone age.
2. Sci-fi/fantasy
Hey, ghosts, werewolves, vampires, robots, fairies and other supernatural and alien entities deserve love too! There’s much more to this genre than Twilight, ya’ll. Whether you bring elements of magic or futuristic technology (like time traveling—hello) to your story, romance should be integral to the plot. World-building is particularly important for sci-fi and fantasy, so break out your trusty hammer, aka your pen, put on your hard hat and get creative.

I would rather share one lifetime with you than face all the ages of this world alone.
— J.R.R. Tolkien, The Fellowship of the Ring 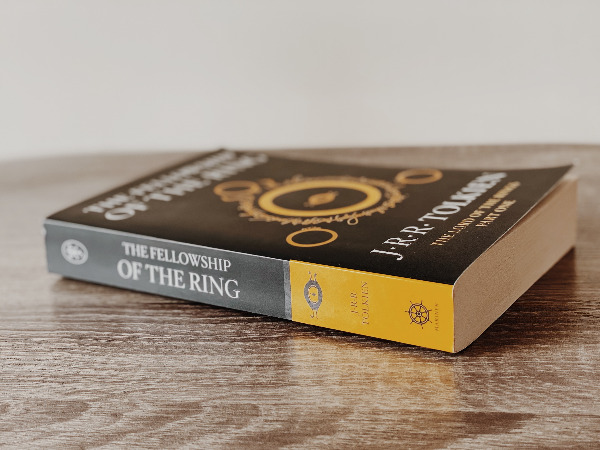 3. YA
Ah, young love. They say first love is the deepest, and you can explore just how deep it can be in the context of high school hallways through this genre. Examples include To All the Boys I've Loved Before and a very obscure title called The Fault in Our Stars. Coming-of-age themes are a must, as the characters embark on a journey to find love - and find themselves in the process. Feel free to combine YA with any of the other genres too, such as teens in the Roaring Twenties, or on another planet: ( or teens in the Roaring Twenties on another planet, for that matter!). I told you the possibilities are endless. Mix and match to your heart’s content.
4. Suspense/mystery
Maybe two amateur sleuths team up to solve a town mystery, but keep giving each other “the look.” Or the protagonist’s love interest could end up being a prime suspect in a missing person's case. Whatever you choose, keep your reader on the edge of their seat, both in terms of the mystery itself and the romance. The most satisfying part of this genre is when the suspense reaches its peak, and the relationship is finally...manifested. 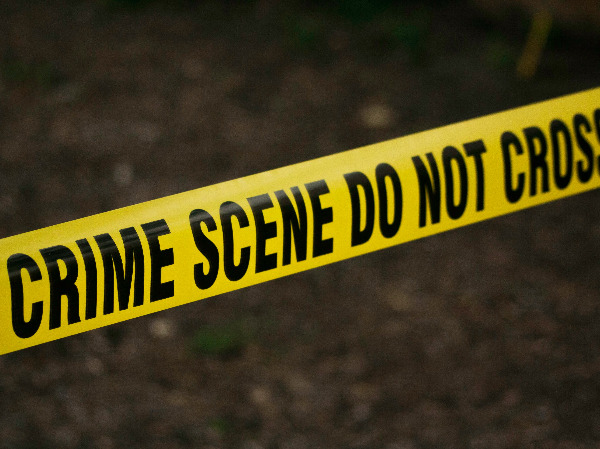 We're standing here...walking away from a crime scene where either or both of us could have bought it, and you're asking me to marry you?
― J.D. Robb (Nora Roberts), Glory in Death

Forgive me if I'm being too forward, but I think you and one of these romance subgenres are a match made in heaven. Find your own particular brand of bliss, and create some for your reader too. Let us know what you pick!
Try this: Create a romance subgenre mashup, and then write a blurb for the backcover of the book that will come of it. Have fun with it!! Be sure to send us your blurb so we can share our favorites next week! 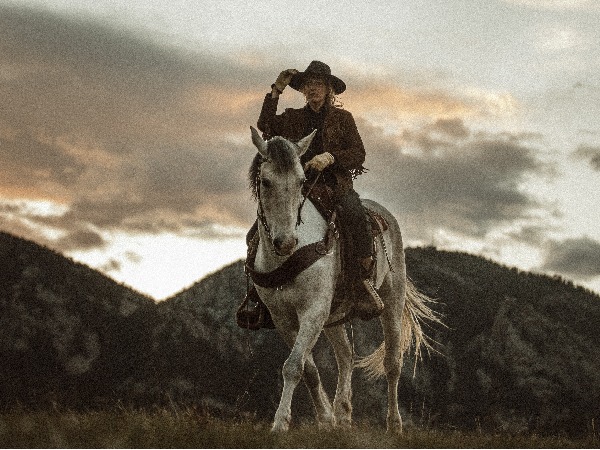 Update, some of the best responses to the prompt:
When his basement apartment door rattled, Caldwell paused, fingers suspended over the keyboard. The rattle turned into a bang and then a relentless pounding. Finally, he stirred. Smoothing his hair back out of his eyes, and wiping the chip crumbs from his shirt, he greeted police and invited them in.
The ensuing conversation was something out of a movie. It was a mistake. Caldwell explained how he met Sasha. When he rang her firm melons and organic breasts through the checkout line, he captured her name and simply friended or followed her on all her social media accounts. How was that criminal? These officers seemed to think he was a stalker.
No, he hadn't made a date with her. Yes, he knew her address but only because it was available through a Google search. No, they hadn't exchanged words. Yes, he'd called a few times, trying to work up the nerve to ask her out, but only managing heavy breaths of possibility before he'd hang up.
Dead?
"Not me," Caldwell cried. "I loved her; she was the only customer to smile when she handed me her credit card, and laugh at my food jokes."
And so the investigation into the death of Sasha began...
— Pam
I Stopped To Admire The Flowers Today

I stopped and looked out my sliding doors
A beautiful orange and yellow Day Lily I saw.
This the first year I got to see them bloom
No more deer in my yard to eat and roam.

Day Lilies are beautiful and brighten my day
Lifting countenance and spirit I have to say
With bright colors they sparkle
And filled my nose till it tickles.

Background of green leaves and pine tree
Where birds made their nest and babies.
The flower pistols bright and sweet
Mother bird feeds their young with her eats.

I question the reason why my move was a must
Loving my home maybe a little too much.
Then a beautiful flower or friendly neighbor appears
And I say thank you God, for the gift of being here.

It quiets the questions to God I often implore
This little bit of beauty I watch listen and endure.
This morning I told God my new digs are great. I ask why?
Because the beauty sounds and views of the stars and blue sky.
— Gloria
His heart races as he approaches this town. He will see his love when he goes there. What will come of this experience? Only time will tell after all the adventures he has had. I wish him and his love well.
— Keith
See Special Offer