What Did You Say?

About / Contact
Celeste Davidson
Transform your writing, one email at a time
Enter
A Winning Plan For NaNoWriMo!
Chasing Inspiration with a Club
Three Ways to Stop Sabotaging Your Writing
Are You Ready For Success?
A Little Subversion Will Do Your Trope Good
Why You Should Add Romance to Your Story
Grading Loki and Sylvie’s Relationship
Cupcake Antics
You Should Take Advantage of Romance's Popularity
What's the Best Romance Genre Mixer?
Lovebirds
How Bardsy's Writing Contests Are Unique
How to Get Your Book Published
A Serpentine Midsummer Night Dream
Take This Tip Alliteratively
Paradise Found
Show and Tell for Adults
Defying Gravity
5 Types of Writer’s Block and How to Overcome Them
A Stitch in Time - Literally!
What the greatest openings say to you
A Hitchhiking Cow's Guide to the Universe
Risky Business
A Story of Chance and Romance
Try This - Aug 25, 2021 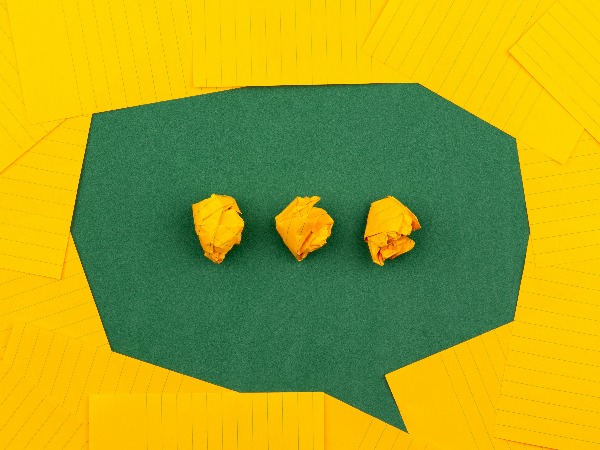 A reader's emotions can be sparked with just a few words. That's the power of dialogue.
— Sol Stein

“You should be kissed and often, and by someone who knows how.”
“We accept the love we think we deserve.”
“Stay gold, Ponyboy.”
Where would these beloved stories be without dialogue? Conversations bring stories to life, as if their characters could walk off the page to chat with us too. At the same time, great dialogue is much more than the quotidian verbal exchanges we hear and participate in. This week we'll talk about not just how to write dialogue, but how to write great dialogue.
In a recent poll, we asked which famous line packs the biggest punch. The winner was a wise aphorism shared by Gandalf in The Fellowship of the Ring, followed closely by a memorable line from The Perks of Being a Wallflower.

Which of these famous dialogic excerpts do you find most impactful?


1. Dialogue should drive the narrative forward.

If you can't look a line of dialogue in the face and say exactly why it's there—take it out or change it.
— Diana Gabaldon 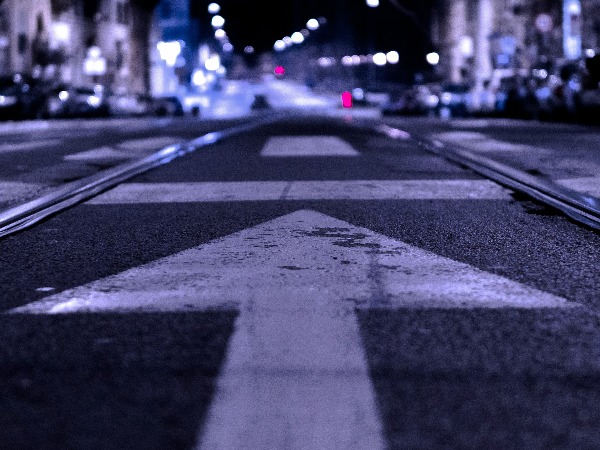 Every word in your story is important, right down to your adverbs and articles. Your dialogue is no exception. In fact, you should pay it extra attention because your characters only have so much room to speak.
Make sure each and every word spoken by your characters has a specific intention behind it. And by all means, feel free to cut to the chase. Instead of beginning with greetings and polite chatter about the weather, drop the reader straight into the most interesting part of the conversation. We can generally assume your characters aren’t rude enough to skip a courteous “Hi, how are ya?” before getting into it. Whatever they’re talking about, it should be relevant to the onward flow of the narrative. When writing between quotation marks, go with the flow!
2. Dialogue should provide a distinct voice for each character.
Even though your entire story is written by one person (unless you have a co-writer), your dialogue shouldn’t sound like it. We all have our own ways of talking, and this should apply to your characters too.
Put yourself in your characters’ heads and think about how their every aspect - opinions, fears, hopes, experiences, quirks, etc.—would affect the way they speak. And not just the words they'd choose (we all have our own lingo), but also their point of view and attitudes. Conflict arises when characters look at and express things differently, and your dialogue presents a great opportunity to showcase these differences.
Charles Soule, author of Daredevil, She-Hulk, and various Star Wars books, says his goal is to make dialogue so fitting for specific characters that it would be identifiable even out of context.
I like writing characters that seem different from one another. So if you were to hypothetically look at a bunch of lines from books I've written, just out of context, hopefully you would be able to determine who said what.
3. Dialogue should contain new information.
There are few things more cringeworthy than reading “As you know” or “Like I told you last night.” If both characters know it, then why are they talking about it? A character shouldn’t repeat information (or info-dump) just for the sake of the reader. Save these opening phrases for where they really belong: work emails.
There are a host of creative ways to weave new information into dialogue without being so direct. Introduce a new character who isn’t aware of the situation. Or, let us infer contextually by giving us a few hints. You’ve got to have a little faith in your reader.
4. Dialogue should be believable. 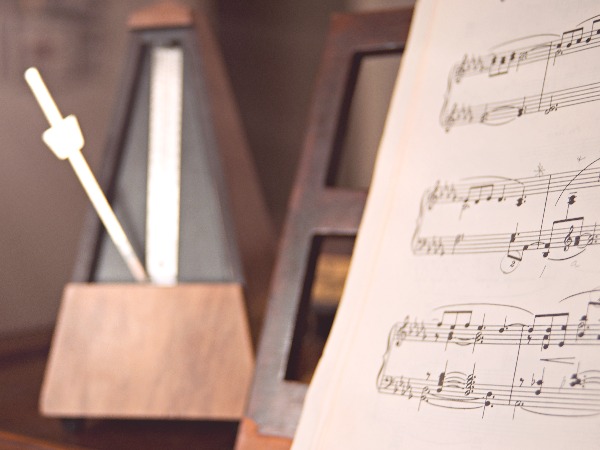 For all forms, writing dialogue is almost like writing music. I pay close attention to rhythms and tones.
— Sefi Atta

You’re probably familiar with the popular writing exercise where you sit in a bustling place like a café or park and pay attention to how people talk in everyday life: from rhythm and diction to tone and phrasal structure. I can confirm—the best way to write realistic dialogue is to be a great listener.
The last thing you want is to produce unrealistic or inappropriate dialogue that knocks your reader out of the world you've created, and breaks the magic. No one wants to read dialogue that sounds as if it’s being spoken by a robot (unless you have robotic characters, of course!). In real life, we don’t always speak in complete sentences or use perfect grammar, so don’t be afraid to get real with it. Since it’s meant to be spoken, read your writing out loud to ensure it sounds natural. I can not emphasize enough how important this is, and how easily you can rectify stiff dialogue and odd word choices by doing this.
5. Dialogue shouldn’t (typically) be monopolized by one character.
At Bardsy, we’re huge Shakespeare fans, so obvs we love a good monologue. Many twenty-first century readers, however, tend to tune out when faced with a hefty block of dialogue from one character.
So, don’t be afraid to interrupt! The most dynamic interactions stem from an exchange of ideas, not a long-winded presentation of one perspective. Give others a chance to speak, whether to disagree, ask questions or offer their own opinions. Your characters should push each other to reflect, rethink and evolve through dialogue.
I hope you've found these tips helpful. If your lines don’t hit all these marks quite yet, don't fret: that's what revision is for. Who knows? Perhaps someday your dialogue will be good enough to quote alongside Gandalf's.
Try this: Write a few lines of a phone conversation between two very different characters, in which one reveals they’ve been lying about something important. Email your best response to adam@bardsy.com for a chance to be featured! 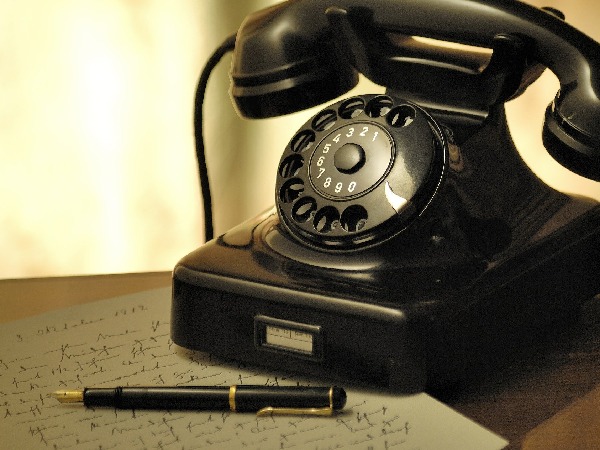 Update, some of the best responses to the prompt:
It was that time of the year and the kids were off to their Grandma Marge's, Joe was with his fishing buddies leaving me alone with the house. I tasted FREEDOM for a whole 5 minutes when the landline rang and interrupted my solace. On the other end of the line was a guy claiming to be Joe. One would imagine my face red with laughter at the thought that the stranger was pranking me. The stranger then said, "Cindy, I really am JOE. My name is JOE WEST ALLAN and to prove it to you, collect the package that the delivery guy will handover to you." Within seconds, the doorbell was buzzing. My face which was red all this while turned pale now. I kept the phone on the table, headed to the kitchen to grab my knife and took the package. I raised the phone to my mouth and said, "Now what MR. JOHN DOE JOE?"
"Open the package and see for yourself Ms. NOT THE REAL JOES WEST ALLAN's wife. It will contain photographic evidence of the fact that the guy you've been with for the past 10 years is not JOE WEST ALLAN."
One can imagine my disbelief at the sight of all the pictures proving that my JOE wasn't the actual JOE!
"What do you want? Why do you want to ruin my life? I dare you to show your face or I'll call the cops!" I screamed at him.
The Stranger replied, "Well, I don't like speaking to women when they are angsty and hasty Cindy. I could not find you after our trip to France, the one where I met my father 5 years ago. Do you remember that Cindy?"
How could I forget that day. Our trip to France was supposed to be a happy one. Just me and Joe. I was supposed to go solo on a research trip on the BAYEUX TAPESTRY, a romanesque piece drowned in history but Joe's Ma insisted on making it a family trip as she planned a surprise for Joe at Bayeux as well. After our flight landed, a very familiar face ran and hugged Joe quite tightly. I was kind of surprised because I was not aware of any French family of his. At the exit, Joe punched the man and walked away. We didn't talk the rest of the trip and one night, he messaged me that he booked a flight back home when I was at a Museum for my research. When I went home, there was no one inside and Joe's Ma told me that he did that a few times when he was a kid. He then came home after 2 full weeks away from me. We never talked about our trip and frankly, I did not remember it till the stranger commented on the trip.
"Cindy, Sweetheart are you there? I'm still waiting for you..."
I cut the call and realised that my life was like a page from the book I was reading just then, THE STRANGER by Harlan Coben. I put the book in the fireplace and was waiting for the arrival of my kids and their father MR. NOT JOE.
— Kalagarla
to do notes journal Tracking
Click a tab to use Will.Power
TO DO LIST:
Add tasks to your sortable list, then revel in checking things off.