About / Contact
Celeste Davidson
Transform your writing, one email at a time
Enter
What's Your Persona 4: Sending a Message
What's Your Persona 3: Pat or Pretender?
What's Your Persona 2: Motivation to the Max
What's Your Persona 1: Do you want to write better?
Small Steps to Big Success with Bardsy Anthologies
You’ll Love Writing with Will.Power
Submit Early for Success
Metaphorically Speaking, with Gideon Garcia
Max your chances with our Publishability Index
Determine the Next Step in Your Writing
Break Through Your Blocks with Will.Power
Idea Today, Novel Tomorrow
Avoid Instant Disqualification
The Fight of a Lifetime
The Power of Naming
Turn Your Contest Entry Into a Winner
Love, Sex and Happy Endings
Out-Of-This-World Storyworlds
Creating Characters You’d Like to Be
Plot Your Way to Romance
Three Writing Tools to Get You Going This Year
Give and Ye Shall Receive
From Aspiring Writer to Contest Winner!
Story Development: Take This Next Critical Step
Three Minutes to Start Your Holiday
Announcing Our Holiday Anthology Contest
Turn Your Short Story Into a Novel
Revise Your Story Into a Masterpiece
End Your Story with a Bang
Five Tips for Actually Finishing a First Draft
How to Turn Your Idea Into a Story
A Winning Plan For NaNoWriMo!
Chasing Inspiration with a Club
Three Ways to Stop Sabotaging Your Writing
Are You Ready For Success?
What Did You Say?
A Little Subversion Will Do Your Trope Good
Why You Should Add Romance to Your Story
Grading Loki and Sylvie’s Relationship
Cupcake Antics
You Should Take Advantage of Romance's Popularity
How Bardsy's Writing Contests Are Unique
How to Get Your Book Published
A Serpentine Midsummer Night Dream
Take This Tip Alliteratively
Show and Tell for Adults
Defying Gravity
A Stitch in Time - Literally!
What the greatest openings say to you
A Hitchhiking Cow's Guide to the Universe
Risky Business
A Story of Chance and Romance
Member Spotlight - Jun 16, 2021 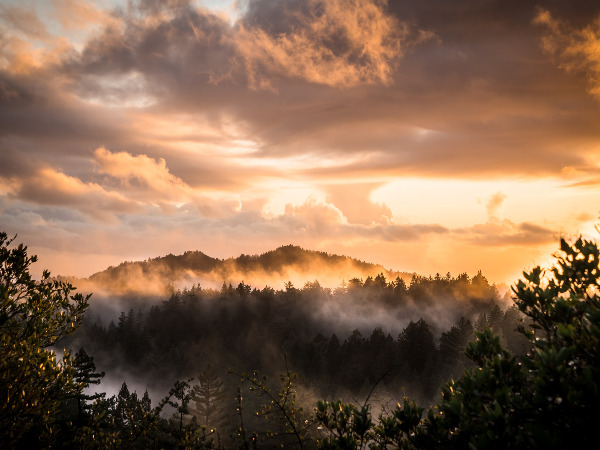 Late last year I was offered a trip to a special kind of paradise: five nights at a silent retreat in the coastal redwoods of California...

Dreaming of the perfect getaway? We have just what you need in Beri B.'s Golden Pineapple-winning story, “Silence Is Golden (And Paradise)”.
A breathtaking view of rugged coastline: check. A canopy of stars so bright you want to reach out and touch it: check. Peace and quiet: check. Emphasis, btw, on endless, rolling waves of quiet. This contemplative piece of creative nonfiction takes us on a silent five-day retreat, where the only sounds to pierce the stillness are “bells and an Om that could have been a cow.”
Having recently been “buffeted on all sides by storms, physical and spiritual,” our protagonist welcomes the opportunity for solitude and self-reflection. There’s more than classic R & R in store for her, though. Through meditation and interaction with fellow attendees, she discovers how silence can speak louder than words.
Step into a serene scene
Set atop a mountain surrounded by the lush California redwoods, this storyworld is the pinnacle of tranquility, the perfect place for rest and relaxation (and a self-realization or two). Beri quickly sets the scene with utopian visual imagery.

Cue the giant trees filtering sunbeams and a view of the coastline that carves a yin yang symbol into cobalt blue seas. 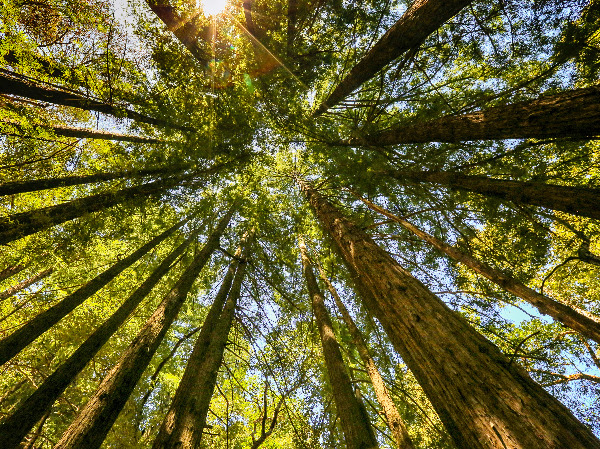 But this isn’t your typical respite in nature. As we ascend the wide stairs of the retreat, we're greeted with burning incense and inscrutable statues. It’s as if we step into another world—or into a movie. The narrator says it feels as if she’s stepped onto the set of The Best Exotic Marigold Hotel.
The mystical story mood takes us far away from ordinary life. Beri writes, “I got a whimsical feeling that I’d just entered an Ashram without having to travel to India.” As we’ve been transported to a different place, this is the perfect backdrop for a transformative experience.
An A+ example of showing and telling
Earlier this week, in our Elite writing groups and Try This column, we discussed the importance of showing and telling (rather than “show, don’t tell”). “Silence Is Golden” illustrates how powerful this combination of techniques can be, beautifully. During her first meditative session, the protagonist has a vision: “I realized that, maybe, I was supposed to descend beneath the canopy and the water, into the darkness to see what was there, but I didn’t want to.” In this telling statement, we learn outright that she doesn’t want to plumb the depths of her psyche.
A few sentences later, reflecting on her second meditation, we return to the subject, and she describes the darkness as “where I knew there would be eels, giant centipedes, and vines that would grab me by the ankles and try to pull me down into the oozing muck.” Yikes! Through this menacing description, the reader can now feel the fear and uncertainty for themselves. 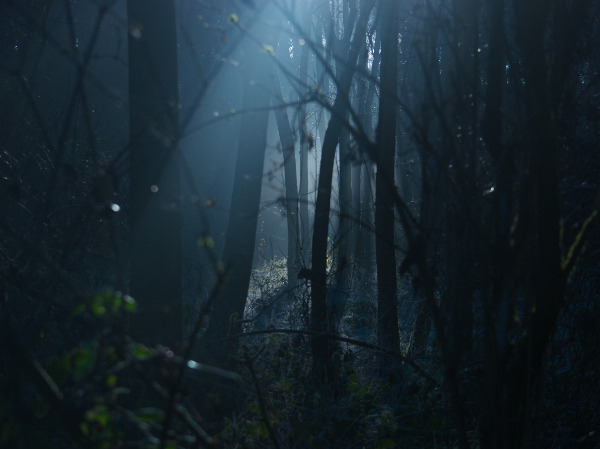 “I’ll be one of those mediocre students. I’m okay with that,” I thought to myself. “Besides, I don’t have time to go to the dark places.”

We then return to telling with the proclamation, “No...I choose this up here.” It feels as if the speaker is putting her foot down, halting her worried train of thought, and declaring she won’t let the ominous eels and vines below entangle her. That, fellow writers, is how it’s done!
Listen between the lines
For a multi-sensory story, Beri appeals to our ears the most. In the exploration of this sense lies her character development, namely how she fits into the world and relates to those around her. So too, does the narrative theme of coming together.
We’re introduced to the idea of separation, or lack of connectedness, by the memory of a psychic telling her she was a Sadhu, a wise woman, in a former life. Beri paints a picture in which she struggles to carry her load as others pass by, no one offering to lend a hand.

Our silence was the perfect excuse for the pervasive indifference, but it wasn’t the true reason. We are separate, not integrated. 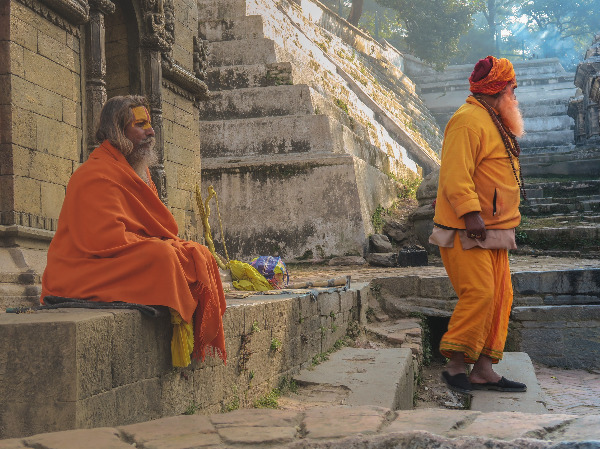 In a clever role reversal at the end of the story, she helps a fellow attendee descend the stairs with a hefty suitcase. It’s as if the silence unlocks her ability to connect with others, by showing how we can come together using more than words—in this case, an altruistic action. This shared experience, the vow of silence, unites them.
So what is paradise for our narrator, ultimately? Well, she says, “I fell in love with being together in silence. That was my paradise found.” As far as souvenirs go, a harmonic attainment of oneness is pretty good. It surely beats a keychain.
Try this: Listen up! Sit outside for a few moments today and write a few lines describing what you hear. Is it the buzzing and clicking of cicadas? The hum of an air conditioner? Honking traffic? Take it a step further: how does your body react to what it hears? Send us your paragraph, so we can share a selection of our favorites next week.
Read SILENCE IS GOLDEN (AND PARADISE)
TO DO SCRATCHPAD PRIVATE JOURNAL TRACKING Update Assessment
CLICK A TAB TO USE WILL.POWER