Are You Ready For Success?

About / Contact
Celeste Davidson
Transform your writing, one email at a time
Enter
A Winning Plan For NaNoWriMo!
Chasing Inspiration with a Club
Three Ways to Stop Sabotaging Your Writing
What Did You Say?
A Little Subversion Will Do Your Trope Good
Why You Should Add Romance to Your Story
Grading Loki and Sylvie’s Relationship
Cupcake Antics
You Should Take Advantage of Romance's Popularity
What's the Best Romance Genre Mixer?
Lovebirds
How Bardsy's Writing Contests Are Unique
How to Get Your Book Published
A Serpentine Midsummer Night Dream
Take This Tip Alliteratively
Paradise Found
Show and Tell for Adults
Defying Gravity
5 Types of Writer’s Block and How to Overcome Them
A Stitch in Time - Literally!
What the greatest openings say to you
A Hitchhiking Cow's Guide to the Universe
Risky Business
A Story of Chance and Romance
- Sep 01, 2021 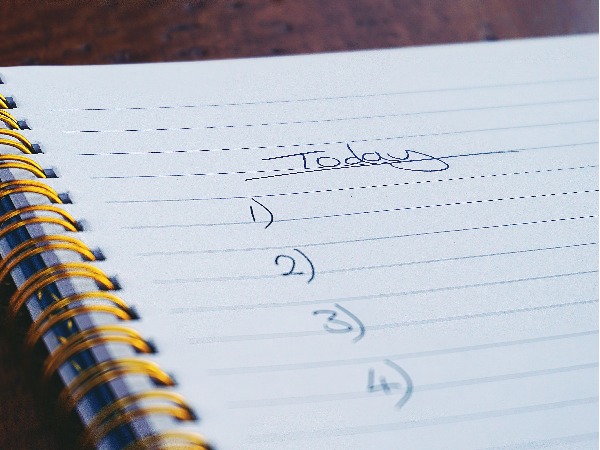 All things are ready, if our mind be so.
― William Shakespeare

Are you setting yourself up for success before putting pen to paper, or fingers to keyboard?
If you sit down to write, without any preparation, you’re doing yourself a disservice. You’re also making the process unnecessarily difficult. In the wise words of Benjamin Franklin, “By failing to prepare, you are preparing to fail.” Indeed, preparation is as important as the physical act of writing - perhaps more so! - since without it many writers never pass go.
Will Shakespeare's troupe wouldn't give a performance without plenty of advance prep. They had Will.Power (in a manner of speaking). The same logic applies to the world of writing, where the page is your stage.
Now, when I say “preparation,” I’m not talking about turning on your computer, opening your notebook, or even deciding you want to be a writer. I mean everything it takes to get you to your desk or wherever you write: what it takes to get you writing. If pre-writing comprises outlining and brainstorming, think of this as pre-pre-writing, a crucial first step.
Whether you want to be a writer or already are and want to write more (and better), follow these five steps to set yourself up for storytelling success.


1. Find a dedicated writing space.
Your “room of one’s own” doesn’t have to be much—or even an entire room. Take Jane Austen, for example, who wrote Emma and Persuasion at a tiny three-legged table in a corner. If you’re short on space, consider a public place like a favorite diner or park bench. The point is that when you’re literally in your writing zone, it’s easier to get into the mental zone. Having the right mindset, and priming your mind for creativity, will make your work infinitely smoother.
2. Aim for distraction-free writing.
It’s hard to focus on your writing with your phone buzzing and people chatting in the background. These kinds of disruptions interrupt your flow and pull you out of the world of your story. While you probably can’t ensure total peace and quiet (unless you have a dome of silence), do your best to eliminate as many potential sources of distraction as possible.

One way to boost our willpower and focus is to manage our distractions instead of letting them manage us.
― Daniel Goleman 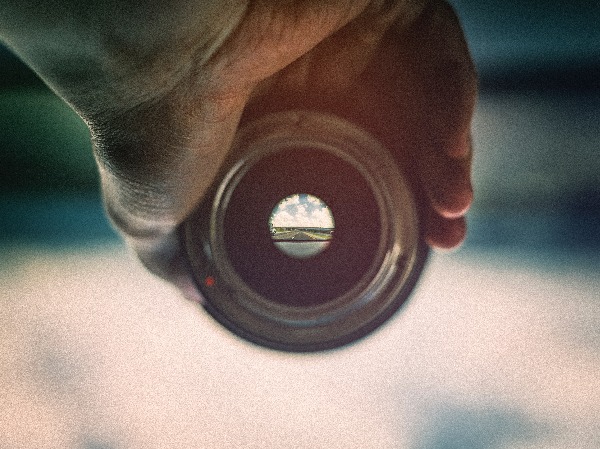 Make a list of what normally distracts you and plan in advance to avoid these creativity-killers. Tend to fall down a rabbit hole of story-related research? Do the bulk of it up front and circle things to research further later. Tend to get interrupted by others? Let them know you need the next half hour to yourself. Can’t resist the urge to look at your phone? Put it in “Do not disturb” mode and forget about it.
3. Set the stage for enhanced productivity with Will.Power.
If writing is normally a bumpy road, Will.Power paves the way. With a built-in to-do list, journal, notebook and activity tracker, it has a place for everything. Get started by taking our short assessment, so we can send you personalized email tips, inspiration and story prompts to fuel your writing. And did I mention it's free?
Here’s one question we use to personalize your support system (and how other writers have responded):

In terms of increasing your writing productivity, who would you respond to best?

A writing peer 59%
A knowledgeable teacher 30%
An uncritical friend 6%
A taskmaster (think bullhorn) 5%
4. Find the time that works best for you.
Creating a hard and fast commitment to write every day, rain or shine, is unrealistic for most (myself included). You could write for six days straight, miss a single day due to illness and then feel like a failure. Isn’t writing supposed to be fun?
Instead of just saying you’ll write whenever you can, look at your schedule and block out time for writing. It could be three ten-minute sessions before meals, or an hour after everyone goes to sleep every other day. Try different slots to see what works best. Once you find your optimal time, commit—and hold yourself to it using Will.Power’s activity tracker.
5. Do your homework: come prepared with story ideas.

Everybody walks past a thousand story ideas every day. The good writers are the ones who see five or six of them. Most people don’t see any.
― Orson Scott Card

It’s nearly impossible to think of ideas when staring at a blank screen. Come to your writing sessions armed with a list of potential story tidbits instead. Capture inspiration as soon as it strikes and save it for later by recording it (your Will.Power notes section is the perfect place for this!). Ideas could be as simple as something you found beautiful or a new word you’re dying to use.


Try this: Now that you've prepared yourself for success, pen a few lines about a character preparing for a dinner party when an uninvited guest shows up early—and it’s the last person they wanted to see. Email your best response to adam@bardsy.com for a chance to be featured! 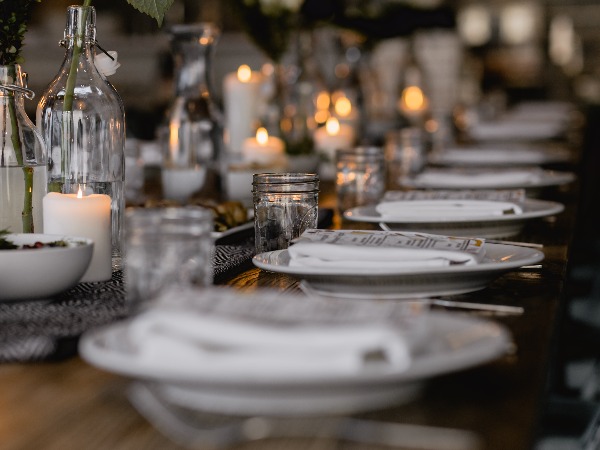 Update, some of the best responses to the prompt:
Hannah straightened out the white linen cloth on the kitchen table and placed her grandmother’s china plates evenly on each side. They didn’t look right, so she moved them back and forth like checkers.

She felt frustration rising in her chest. They would never be perfect. It was bad enough that they had to eat in the kitchen of her mother’s cramped apartment. She paused to blink back tears from her tired eyes. A strand of limp brown hair fell across her forehead and she blew it aside.

After Jeremy had been laid off from his factory job during the pandemic lockdown, they had had to sell their small comfortable home in Cornwall and move in with Mother.

Judy resented having to share her small flat with the shabby couple and Caliban, their enthusiastic collie, but where else could they go?

Hannah heard a sharp knock at the door and panicked. The roast chicken was nowhere ready. Jeremy was at the unemployment office, and her mother had gone shopping for half-off shoes at J.C. Penney’s. Who could it be?

She gulped, ran her sweaty palms down her jeans, and went to the door. Through the peephole she saw a balding head with stooped shoulders who looked vaguely familiar.

“Hello? Is this the Reichers’ apartment?

Hannah knew that voice from the year she turned ten. Memories of a hot summer day came flooding back to her. The sticky air, the sweet taste of a creamy cone. One last hug before an Amtrak train roared away, leaving only her mother’s sharp voice and angry grip to fill her days.

She opened the door and gazed into the lined face of the stooped man before her.

“Hannah?” He twisted a faded Red Sox cap in his wrinkled hands.

She tried to speak but no sound came out.

“I’ve been looking for you for years,” he said hoarsely.

She stood frozen, her throat so tight she could hardly breathe.

“You found me, Dad,” she finally managed. “Why did you go away?”
— Mae
Crabbe played mediator, parking himself at the bar. A watering hole not seen by the human eye is known as the no-door bar. Hosted its annual dinner for demons, jackals, and goblins who got a free passage out of hell without Satan's consent. The event made sure the monstrosities knew and followed the rules to remain topside. All the things that go bump in the night gasped except Crabbe, who glared. For the first time ever, the devil himself shows up, taking a seat at the head of the table.
— Wilson
to do notes journal Tracking
Click a tab to use Will.Power
TO DO LIST:
Add tasks to your sortable list, then revel in checking things off.